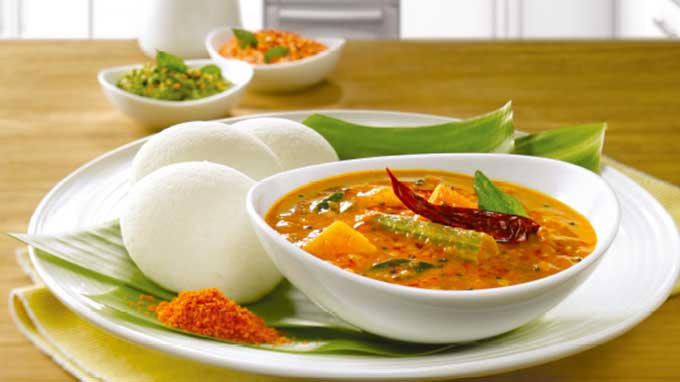 The South Indian life and culture are greatly linked to Sambar, as this curry goes with any south Indian lunch or dinner or a Madrasi breakfast with Idli or Dosa or the evening snacks like the Vadas or Bondas. Idli-Sambar and Sambar-rice have come to exist as the simplest but universal food package anywhere in India and abroad.

Each state in the South prepares Sambar with its typical variations, adapted to its taste and environment. In fact, Sambar is a vegetable stew based on a broth made with tamarind and Tur Dal, and is very popular in the cooking of southern regions of India. It is rather a staple food item especially in Tamil Nadu, Kerala, Karnataka and Andhra Pradesh. In South India, every state prepares it with a typical variation, adapted to its taste and environment.

Many in Kerala believe that this very popular dish was a discovery of the Tamils. May be, in view of this, it used to be referred to (especially by the characters of VKN stories) as “Pandi Koottan”.Though it was discovered in Tamilnadu, the credit for discovering Sambar, rightly goes to the Maratha rulers of Thanjavoor. The legends have it that it originated in the kitchen of Maratha ruler of Thanjavoor – Sambaji – during the 18th century from the South Indian state of Tamil Nadu.

The genesis of this dish has an interesting tale linked to it. The Marathas were ruling Tanjore (Thanjavoor). Sambaji was a great cook himself and was very fond of his Amti, with a handful of the tart kokum in. In a particular season the kokum that was imported from the Maratha homeland did not reach the king’s kitchen. Sambaji was cooking and the minions were shivering in their dhothis to tell him that his favorite dish could not be made that day. A smart Vidushak, decided to solve the problem. He whispered in the king’s ears that the locals used very little tamarind pulp to gain a better sourness to the curry and that Sambaji should experiment with this variation. Shambuji made the dish with the tuvar dal, vegetables, spices and the tamarind pulp and was served by the king himself to his coterie. The court declared the dish an outstanding preparation (they had no choice with the king as Chef) and thus was born Sambaji’s special Amti that in due course became the “Sambar.”The name “Sambar” coming from “Sambhaji “also is very convincing, because of many reasons. The chilies first landed and were available in plenty in Goa, which was then a part of Maharashtra and Tur dhal used to be grown abundantly in Western India.

It should also be borne in mind that all the south Indian states have had their own fore-runners of Sambar, which varied names and different tastes. They were: the Pulusu of the Andhra Pradesh, Puli Kozhambu or Vattal Kuzhambu of Tamilnadu, Huli in Karnataka and the Pulingari of Kerala. But, it appears; “Sambar” of the Maratha King has beaten them all and has captured the national and international markets!! 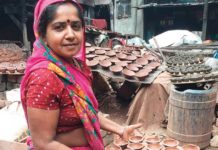 ABOUT US
Amchi Mumbai is a Malayalam News portal that features exclusive news updates, events, views, current affairs about the Malayali diaspora in the city of Mumbai.
Contact us: [email protected]
FOLLOW US
© Copyright - 2018 Powered by Amchi Mumbai